Surging Shanghai Composite Index is a stocks a bubble as per Chinese strategist Patrick Chovanec said , There’s a “total disconnect” between this year’s strength in Shanghai stocks and the slowing Chinese economy.
Most sectors were down in China, with financial shares and real estate stocks leading the decline.

As a growing number of brokerages tightened requirements on margin financing – an important engine behind a red-hot rally that has made Chinese share markets the best performers in the world. 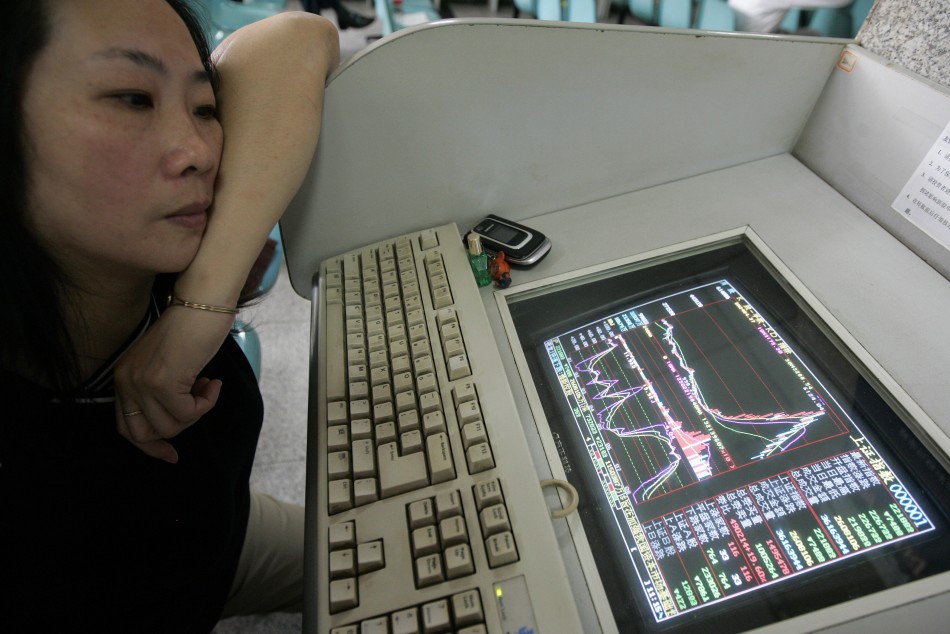 The fall was also triggered by some profit-taking ahead of a new flood of initial public offerings (IPO) next week, which some analysts estimate could freeze up around 5 trillion yuan ($807 billion) of liquidity.

In Hong Kong, Milan Station Holdings shares bounded about 4 percent after slumping 46 percent during the
previous session. The company said it was not aware of any reasons for the share price tumble.

As per Morgan Stanley’s report Domestic households are expected to put in a whopping USD 300 billion (about Rs 19 lakh crore) in equities over the next 10 years.

Domestic households are grossly underexposed to equities in their total assets. They own, directly and through mutual funds and institutions about USD 400 billion dollars of stock.

The report further noted that there has been substantial attention paid to investor education over the past few years and this education process has heightened investor awareness about the merits and risks of equity investing.

SEBI now mandates mutual funds to spend 0.02 per cent of assets on investor education. Based on the current outstanding equity asset base of Rs 3,580 billion, this is about Rs 700 million spent in investor education annually, Morgan Stanley said.

The Reserve Bank of India is likely to cut its benchmark interest rate by 25 basis points to 7.25 percent.

India on a different path to the United States, where the Federal Reserve is widely expected to begin tightening policy later this year.

The Reserve Bank of India is likely to cut its benchmark interest rate by 25 basis points to 7.25 percent when it meets early next week and make a similar move before December.

The survey found 38 of the 48 economists polled expected the RBI would cut the repo rate at the June 2 meeting, with 35 of those expecting a 25 basis points cut. 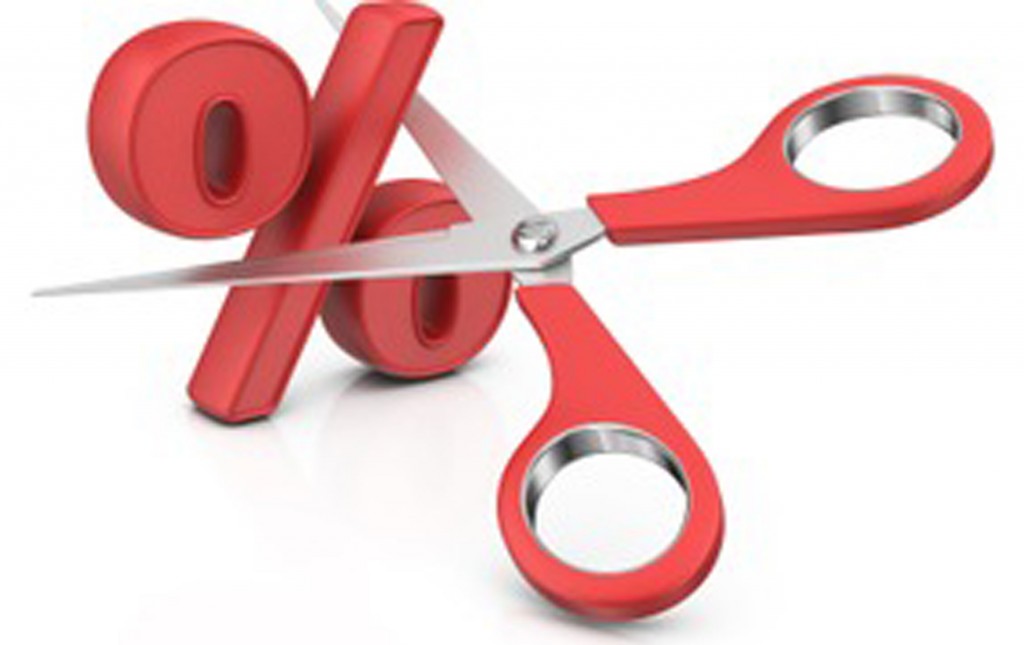 But according to Chief Economic Advisor (CEA) Arvind Subramanian , RBI must cut by 50 bps on Tuesday

1. There was a strong case for interest rate cuts, with inflation under control and fiscal consolidation well underway;

2. when major competitors were aggressively cutting interest rates to keep their currencies competitive, India cannot be a holdout.

Govt. has allocated Rs 5000 crore to modernize and upgrade India Post, as per latest technologies and protocols. Another Rs 2000 crore would be spent on purchasing new, faster vehicles for speedy delivery as well.

Brief description of each facility is given below;

The calculator shows the interest rate for each savings scheme. By entering the amount.

The tracking facility is made available on this mobile app for the following types of mail items.

“Moody forecast strong growth in India… at 7.5 % in 2015-16, the highest among the G20 economies. Lower oil prices will reinforce gradual growth-enhancing reforms to support robust economic activity over the forecast period,”.

G20 is a group of 20 developing and industrialised economies, which accounts for 85 % of the world’s economic output.

“Moody expect a broadly balanced current account, for the first time in 10 years, thanks to lower energy import bill and restrictions in gold imports,” It said India would be a major beneficiary of softer oil prices among the G20 economies as the country is a major crude importer.

The ‘Make-in-India’ campaign to boost domestic manufacturing and other reforms measures would bring in higher investment and boost growth.

“If implemented as intended, these reforms and the wide support for business-friendly policies will help achieve higher investment growth than in 2013-14,”

It said the targeting of inflation by the Reserve Bank (RBI) would ensure that higher inflation on food products does not spill onto other goods, services and wages. “We forecast that ongoing moderate inflation will enable better planning of investment. 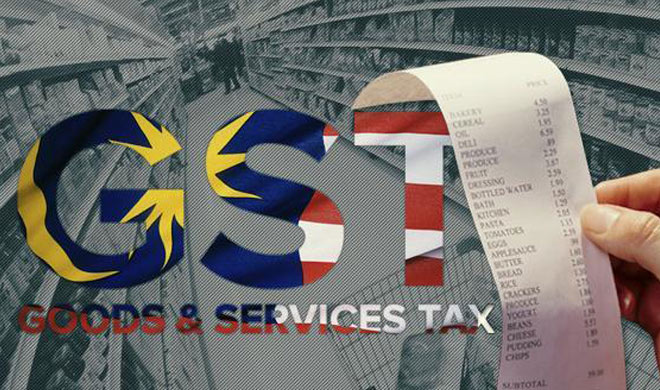 The Lok Sabha today passed the Constitutional Amendment Bill that will bring in the goods and services tax (GST), a single indirect tax that will come in place of a number of central- and state-level taxes and levies. The bill was passed after division, with 352 members voting in favour of the bill and 37 against.

The bill, however, still needs to pass muster in the Rajya Sabha.

By April 2016 from the next financial year India will be a more than 150 countries including Pakistan, Srilanka adopted Goods & Service Tax (GST) followed by France who invented & implemented this system first .
In the year 2000 then Vajpayee govt initiated a discussion of adopting this system & set up a committee headed by then West Bangle Finance Minister MR. Asim Dasgupta. For more than decade efforts are on to make consensuses within center & sates ruled by regional parties.
One sentence is sufficient to understand its significance that its implementation alone will help to increase GDP by 2%.But there are several benefits as well.

Considering the countries federal system & states prerogative to generate revenue by way of state tax for its proposed development expences.GST too has accepted this & incorporated dual GST structure in form of Central Goods & Services Tax (CGST) & State Goods & Service Tax (SGST).
All the Central taxes will be clubbed in CGST such as

All the state taxes will be clubbed in SGST such as
1. VAT.
2. Luxury tax.
3. Entertainment tax (except levied by local bodies).
4. Entry Tax.
5. Taxes on lottery , betting.

There are several positive impact of the GST.

-The main benefit of GST will be by way of eliminating cascading effects (i.e. tax on tax ) of taxes which will help reduce average tax burden of the consumers..

– It will be more transparent by merging all levies.

– It will not only bring uniformity in tax rates but also in the area of interpretation of law, procedure & exemptions.

As per proposed GST draft CGST & SGST will remain separate credit mechanism i.e. set of against the same tax mechanism)
That means cross subsidy ( SGST set off against CGST) between CGST & SGST will not available except in case of interstate transaction. To some extent this provision will be a big set back for businesses as it removes the cost competitiveness of the business.