Incorporated in 2006, Interglobe Aviation Ltd is India based aviation, hospitality and travel related service provider. Company own and operate ‘IndiGo’, India’s largest airline with over 33% of domestic passenger market share.

IndiGo has scheduled services to 33 cities within India and 5 cities (Bangkok, Dubai, Kathmandu, Muscat and Singapore) internationally with 623 daily flights.

Company also has a joint venture with Accor Asia Pacific since 2004 to develop a network of ‘ibis’ hotels throughout India, Nepal, Sri Lanka and Bangladesh. With 10 ibis hotels open and 9 under development, the company shall have a portfolio of 19 operational hotels with room inventory of about 3500 rooms by 2017.

1. Largest market share in one of the largest and fastest growing aviation markets in the world

Objects of the Fresh Issue

Company proposes to utilize the funds which are being raised through the Fresh Issue for the following objects:

1. Retirement of certain outstanding lease liabilities and consequent acquisition of aircraft;
2. Purchase of ground support equipment for our airline operations; and
3. General corporate purposes,
4. To receive the benefits of listing of the Equity Shares on the Stock Exchanges. 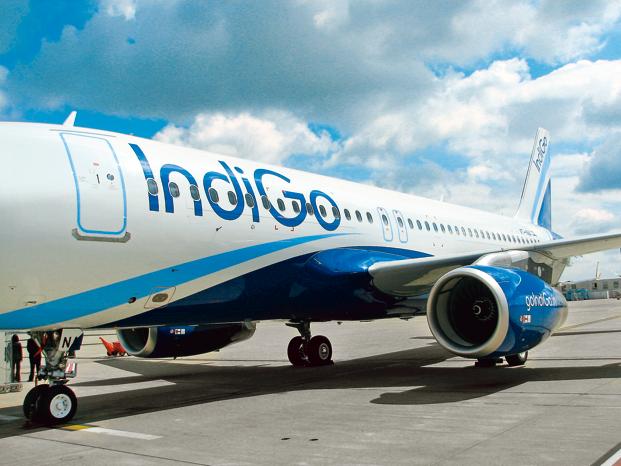 IndiGo enjoys Highest Domestic Market Share of 34% for fiscal year 2015 which has been increased to 37.4% for the five months ended 30th August, 2015.

IndiGo has been awarded for “Best Low-Cost Airline in Central Asia & India” at the SkyTrax World Airline Awards for six consecutive years from 2010 to 2015.

IndiGo is ranked seventh largest LCC in the world in seat capacity. IndiGo’s fleet has grown from a single aircraft to 97 aircraft in 9 years and company is expected to receive 14 more aircrafts by this year end.

IndiGo has the lowest Cost per Available Seat Kilometres (CASK), commonly used measure of unit cost in the airline industry, according to a report by SAP.

Its net worth fell to a negative Rs 139.39 crore at the end of June 2015. The company has attributed this to payment of interim dividend. Net worth of the company was Rs 426.22 crore as of March 31, 2015 . The company says this may make it difficult or expensive to obtain future financing or to meet liquidity needs.

Key risks to Indigo’s growth include:

b) inability to acquire additional licenses and traffic rights

Failure to comply with covenants contained in aircraft and engine lease agreements or financing agreements could have a negative impact on IndiGo.

Unlike most full-service carriers, Indigo does not offer a frequent flyer program, free lounges or include food and beverages in ticket price for non-corporate passengers. These items have helped to further reduce its cost base.

The board member and promoters of Indigo airlines are involved in some legal/criminal cases which may affect on business/financial condition, brand of Indigo.

Company has contingent liabilities of Rs.92 crore which if materialized can adversely affect the profit of current year.

If the US interest rates start rising, it will increase the borrowing cost of lessors thereby making it less viable for them to buy planes from IndiGo. In addition, IndiGo may end up paying higher lease rentals. IndiGo’s networth turned negative as of June 30, 2015. This is due to high dividend payout. 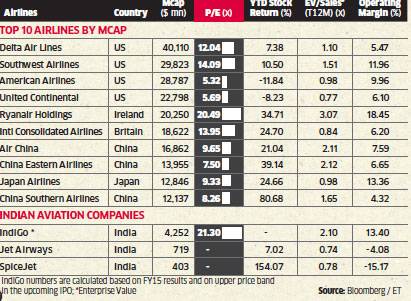 Retail investors should wait for secondary market listing. Hence this appears to be a ‘High Risk/Low return’ bet.

And if you are applying for Indigo IPO with the intention of selling it for a premium on listing day, please keep an eye on Bihar election results on 8 th Novemeber. Performance of BJP may directly affect the market sentiment and IPO listing price.

“ FII’s sell out in the stock markets resulted in sense’s crash or major stock market correction” is now a days routine news at least once in couple of months. Certainly there are international or domestic reasons for FII sell out. But let us understand technicalities of FII, rules & regulations related with FII investments & their investment strategies.

Institutions established or registered in other countries (i.e. outside India)to make investment in the securities listed/unlisted in the Indian stock exchanges, but equally in India they have to register them selves with SEBI & governed by the rules & regulations of SEBI.

Along with the existing securities FII’s are also allowed to participate in Initial Public Offer commonly known as IPO. 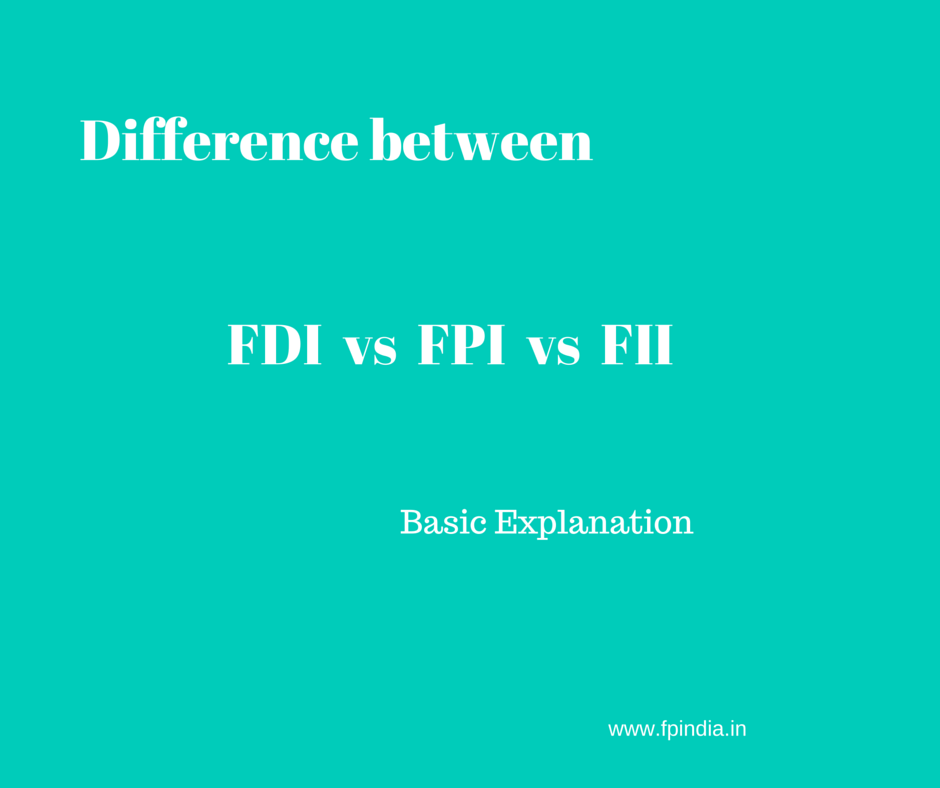 In India FPI’s are allowed to invest in any Indian company’s shares up to 10 % of paid up capital of the company & any investment more than that known as FDI ( however any official definition as such does not exist). But in 2013-14 Union budget Finance Minister has introduced the internationally accepted standards of 10 % cap on FII investment ( as mentioned above) to distinguish the between FDI & FII.

FII can also invest on behalf of sub account i.e. any person outside India on whose behalf investments are proposed to be made in India by FII. But for sub accounts investment cannot exceed 5 % of paid up capital of the company.

FII and there sub accounts are required to appoint Indian custodian (registered with SEBI) to ensure daily reporting of their trading activities to the SEBI, preserves record of transactions for specified period.

Because of investment in securities, FPI’s investment is easy to liquidate compare to FDI.

In comparison with FDI, FII’s have low exit barriers. However often it results in stock market crashes.

Capital requirement is much less to FII compare to FDI.

Coffee Day Enterprises Ltd own and operates coffee cafes in India since 1996.

Company is well known for its brand name ‘Cafe Coffee Day’ (CCD). Company owns a network of 1,472 Cafe outlets spread across 209 cities in India. As of Dec 2014, Cafe Coffee Day has market share of 46% in India in terms of the number of chained Cafe outlets.

In addition to having the largest chain of cafes in India, company operate a highly optimized and vertically integrated coffee business which ranges from procuring, processing and roasting of coffee beans to retailing of coffee products across various formats. Company is one of the largest exporters of Indian coffee beans, primarily to Europe, Japan and the Middle East

Objects of the Issue:

Company proposes to utilise the net proceeds towards funding the following objects:

A. Financing our coffee businesses

B. Repayment or prepayment of loans of the Company and Subsidiaries; and

V.G. Siddhartha is the Promoter of the company. Promoter currently hold 63,945,904 Equity Shares, equivalent to 54.78% of the pre-Issue issued. Promoter will continue to hold a majority of the post-Issue paid-up share capital of the Company.

In March, Coffee Day raised Rs 100 crore in a pre-IPO funding from Nandan Nilekani and Rare Enterprises (owned by Rakesh Jhunujunwala and Ramesh Damani), among others.

Coffee Day Enterprise owns 16% of MindTree and other IT-ITES companies such as Ittiam, Magnasoft and Global Edge.

1. Café Coffee Day dominated India in Chained Coffee Café Outlets with 46% market share. Its nearest competitor is Barista which has a market share of mere 5%.

3. Café Coffee Day is the most renowned brand of Coffee Shops in India in Tier I cities. Company is expanding its operations Tier-II cities of India.

4. Holding company CDEL has diversified business but the coffee business account more than 50% of the total revenue followed by 36.9 per cent of logistics, 7.5 per cent of financial services and 3.3 per cent of technology parks.

1. Instead of having market share of 43%, company is not able to generate profit. Company has reported losses in three consecutive years but at the operating level company is profitable. Huge finance costs eats out total profits.

2. Because of its affordable price,the profit margin is very thin.

Financial performance of the company in last 5 years, in which it has made profit of Rs. 36 crore in 2 years and loss of Rs. 200 crores in remaining 3 years. Since there is no EPS in the previous years, PE ratio cannot be calculated.

The company has posted consecutive losses from last few years which doesn’t instill confidence for investment in short term, however in long term investment is advisable only when company will start posting profits.

Please consult your financial adviser before taking any position.

Every body of us is well known with this word, reads & listen several times in day but rarely know details & technicalities of it. It is our just an effort to explain it in detail.

The organization of economic cooperation & development defines control as owing 10% or more of the business. 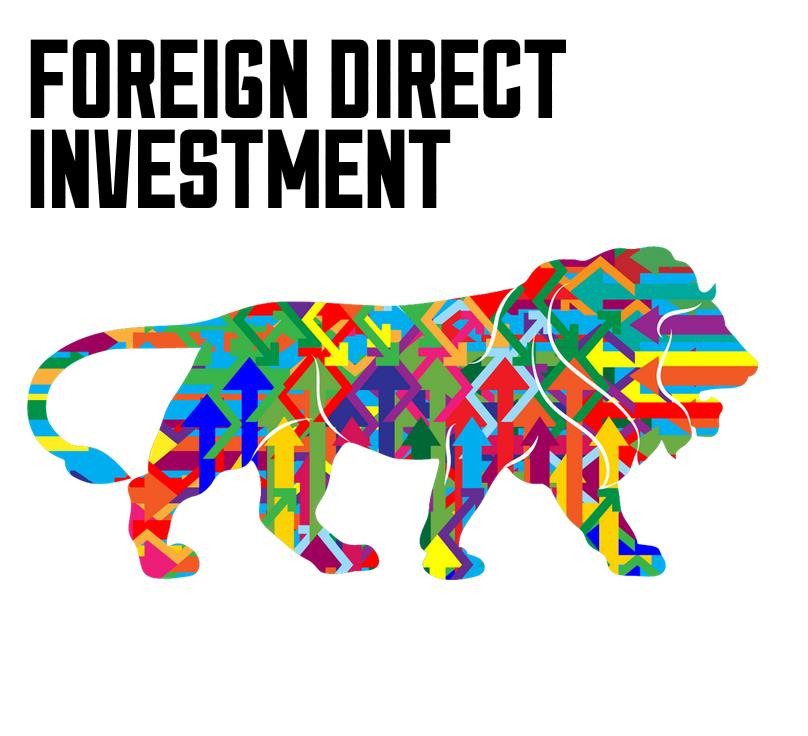 There are advantages & disadvantages to both the countries & MNC/MNE as well. For companies it is easy way to access the natural resources, precious metals, opportunities to tap new markets, cheap labour, whereas to the host country it offers source capital new technology, increased revenue, job opportunities, import reductions which also helps to maintain country’s Balance Of Payment & Balance Of Trade which ultimately these leads to overall economic growth.

Many times by way of collaboration technology transfer/technology up gradation,is more important than just flow of capital which not only opens new avenues but also offers opportunities to the domestic companies to the international market.

But while welcoming the FDI the host nations are equally cautious about its effect on the domestic industry, labour market, foreign policy, defense policy. Due to which country puts some restrictions or maximum caps the on some sectors, while opening other selectors for 100% FDI. Every country decides the priorities & accordingly decides the percentage of investment in that particular sector.

Now a days governments of all the countries are vigilant about the un authorized source of money or black money. So investors are required to disclose the source of there funds while investing in the company.

List of the sectors with there percentages of FDI allowed in India.

Some of the largest foreign companies investing in India are :-