However performance of the scheme may differ from that of underlying Index due to tracking error. Their can be no assurance or guarantee that the investment objective of the scheme would be achieved.

It has been constructed to facilitate the Government of India’s initiative to disinvest some of its stake in selected Central Public Sector Enterprises (CPSEs) through the ETF route. The index contains 10 CPSEs with base date of 1st January, 2009. 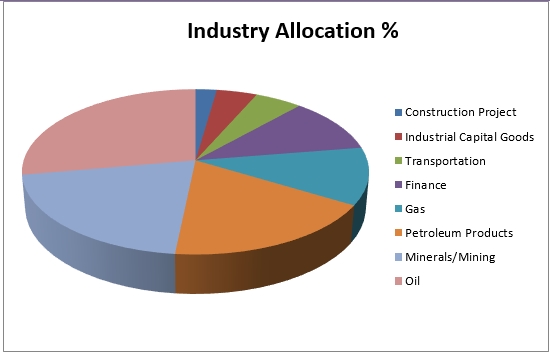 An open-ended index scheme, listed on the Exchange in the form of an Exchange Traded Fund (ETF) tracking the Nifty CPSE Index.

All investors including Authorized Participants and large Investors can Subscribe (buy) / Redeem (sell) units on a continuous basis on the Exchange where the units are listed.

Category of Investors (only during the FFO period)

Retail Individual Investors can invest in the FFO of the scheme with a minimum amount of Rs 5000/- and in multiplies of Re 1/- thereafter.

Investors can invest in the FFO of the scheme with a minimum investment amount of Rs 10 crores and in the multiples of Re 1/- thereafter.

Discount offered by GOI of the scheme

A 5% discount on the ‘FFO Reference Market Price’ of the underlying Nifty CPSE Index shares shall be offered to FFO of the Scheme by GOI.

Investment in India may be affected by political, social, and economic developments affecting India, which may include changes in exchange rates and controls, interest rates, government policies, diplomatic conditions, hostile relations with neighbouring countries, and many more.

Risk relating to receiving underlying CPSE Securities from the GOI

In the event the scheme does not receive the underlying CPSE Securities from the GOI pursuant to the FFO, for any reason whatsoever, including on account of GOI terminating the agreement with the AMC (for sale of the underlying CPSE Securities to the scheme) for breach of any terms under such agreement, the scheme will not allot FFO Units to the investors and would refund the subscription amount to the investor in accordance with the previous under this supplement.

The NAV of the scheme will react to the securities market movements. The investor may lose money over short or long periods due to the fluctuation in the scheme’s NAV in response to factors such as economic, political, social instability or diplomatic developments, changes in interest rates and perceived trends in stock prices, market movements and over longer periods during market downturns. The scheme may not be able to immediately sell securities.

Investors may note that even though the scheme is open-ended scheme, the scheme would ordinarily repurchase units in creation unit size.

Changes in interest rates will affect the scheme’s NAV. Debt markets, especially in developing markets like India, can be Volatile leading to the possibility of price moving up or down in fixed income securities and thereby to possible movements in the NAV.

A borrower may prepay a receivable prior to its due date. This may result in a change in the yield and tenor for the scheme.

The scheme may invest in zero coupon bonds and deferred interest bonds, which are debt obligations issued at a discount to their face value. Such investments experience greater volatility in the market value due to changes in interest rates than debt obligations.

This refers to the ease at which a security can be sold at or near its true value. The primary measure of liquidity risk is the spread between the bid price and the offer price quoted by a dealer. Trading volumes, settlement periods and transfer procedures may restrict the liquidity of the investments made by the scheme.

Credit risk means that the issuer of a security may default on interest payments or even paying back the principal amount on maturity.

It is more likely to react to developments affecting market and credit risk than are more highly rated securities, which react primarily to movements in the general level of interest rates.