Global growth should accelerate to 2.9 per cent this year from 2.4 per cent in 2015, the bank said, but that still represents a downgrade from its June forecast for 3.3 percent growth.

Among BRICS, India is the only one expected to see notable improvement in economic performance from 2015 – advancing at a 7.8 percent rate in 2016 versus 7.3 percent in 2015. 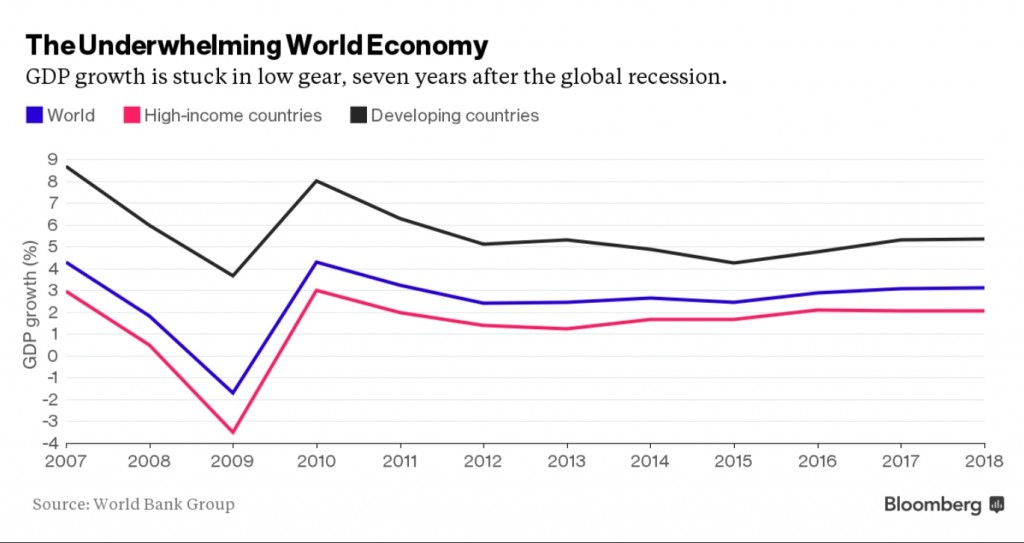 Estimates for growth in the euro zone were trimmed by the same amount, to 1.7 percent from 1.8 percent previously, although that would mark a modest acceleration from 2015’s estimated 1.5 percent rate.

The bank forecast the Russian and Brazilian economies would continue to contract in 2016 rather than return to growth as it had estimated in its previous outlook in June.

In Brazil, GDP is forecast to decline by 2.5 percent in 2016 compared with an earlier estimate for growth of 1.1 percent, the World Bank said. The Brazilian economy likely contracted at a 3.7 percent rate in 2015.

The first hike, which could have impacted Indian, markets since 1993 was announced on February 4, 1994. BSE Sensex had rallied by 69% from 2,336 to 3,947 six months prior to the hike. In the next six months, the pace slowed to 8.3% touching levels of 4,276. But importantly FII inflows were positive in the six months following the rate hike.

The second rate hike started just before the dotcom bubble burst as the US government felt its economy was heating up. The Fed started increasing rates from June 30, 1999. Indian markets were warming up to the global rally with some help from participants like Ketan Parekh. From levels of 3060 Sensex touched 4144, a gain of 35% as the US Fed decided to hike rates. Indian markets continued to move higher, taking the rate hike in its stride and touched 5375, a gain of nearly 30% in the next six months. 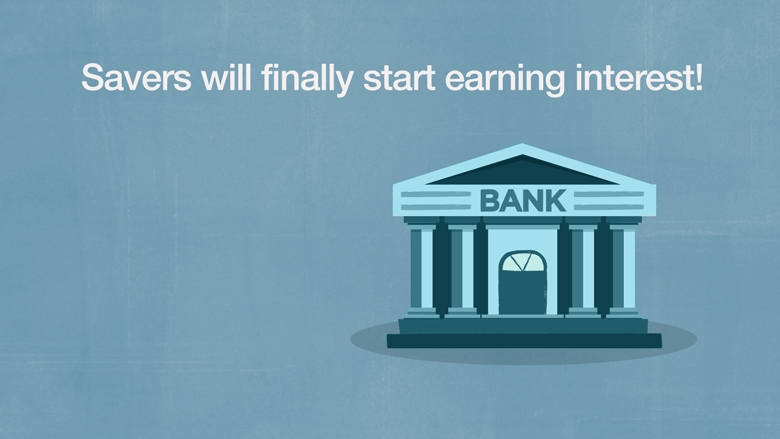 FII flows were positive for all the six months prior to the hike and saw selling in three months after the hike. The month of July 1999, the very next month after the hike was a positive month for FII flows, but small levels of selling was witnessed in the following three months. The last two months saw good buying interest resulting in a strong positive figure for the six months following the rate hike.

The most recent hike was on June 30, 2004. Indian markets had fallen, thanks to a change in government after the popular Vajpayee government lost the mandate. Markets were trading 18 per cent lower from 5,915 levels at the start of the year to 4,874.

FII flows were negative in the month of May 2004, when election results were announced. Inflows trickled in for the next two months but zoomed higher in the final four months of the year. This resulted in market posting a sharp 28 per cent gain in the six month period following the hike.

This scenario has not been witnessed in any of the earlier rate hikes as new players like ETFs and Hedge Funds are wary of the uncertain future. History however suggests the following six months of a rate hike are better.

Gold crashed to fresh three-month lows on Friday amid a surging dollar, as a robust U.S. jobs report augmented hawkish arguments for a December interest rate hike by the Federal Reserve.

A rate hike is considered bearish for gold, which struggles to compete with high-yield bearing assets.

However, markets have been pricing it according to the higher probability of a rate increase in December 2015, and thus the dollar has correspondingly gained. Higher interest rates should cause money to flow in the US, thus giving a push to the greenback. But a rising US dollar would likely cause dollar-denominated assets like gold and silver to fall as they are now more expensive for the foreign buyers. 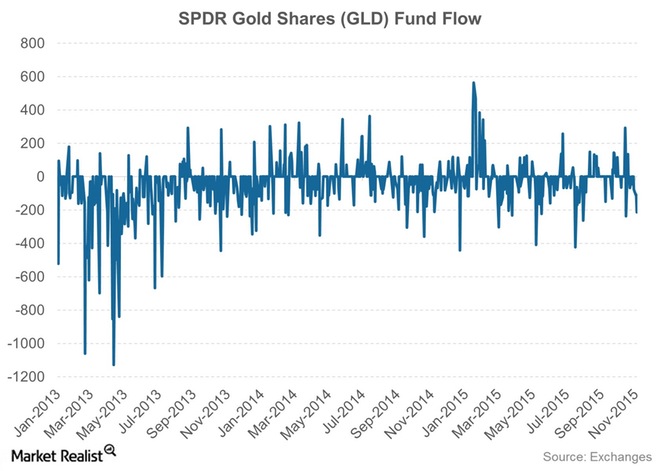 On Friday , the U.S. Department of Labor said in its October national employment report that nonfarm payrolls surged by 271,000 last month, significantly above expectations for a consensus gain of 190,000. The sharp gains marked the largest increase in U.S. nonfarm jobs since last December. Private payrolls also soared by 268,000 in October, above forecasts of a 174,000 increase. 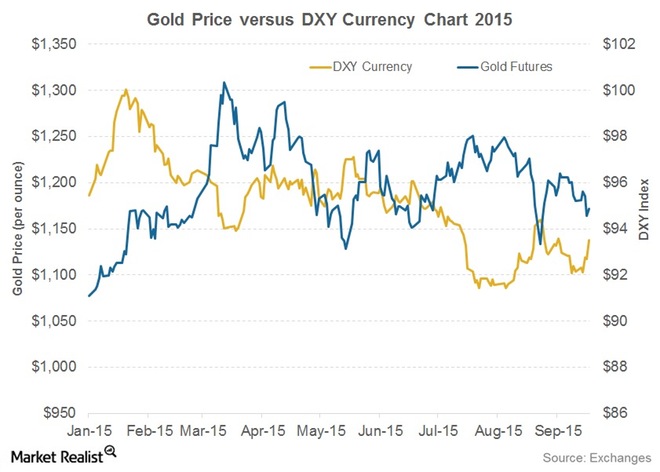 The U.S. Dollar Index, which measures the strength of the greenback versus a basket of six other major currencies, shot up more than 1.25% to an intraday high of 99.47. The index soared to its highest level since mid-April.

The Fed’s first rate hike in nearly a decade is viewed as bullish for the dollar, as investors abroad pile into the greenback in an effort to capitalize on higher yields. Dollar-denominated commodities such as gold become more expensive for foreign purchasers when the dollar appreciates.

Biggest listing in Japan since 1987.

Japan Post Bank May Shift Some of Its Investments to Stocks.

Also, like other postal services, Japan Post has a major asset to back it up as it adapts to the enormous technological changes in the ways that people communicate and move goods: a vast real-estate portfolio. 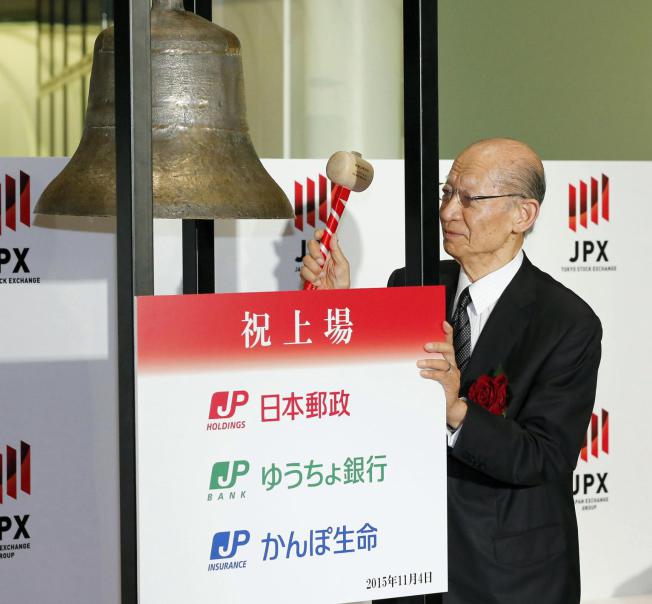 Japan Post Bank has a market value of 7.5 trillion yen based on early trading Wednesday, making it the nation’s second-biggest bank, ahead of Sumitomo Mitsui Financial Group Inc.

For Prime Minister Shinzo Abe, facing questions over the effectiveness of his Abenomics economic revival plans, the IPO could be an uncomfortable bellwether if it does not create a new generation of shareholders. Some 75 per cent of the stock has been earmarked for individual Japanese investors, who now have a chance to buy a chunk of the most dependable brand in Japan, with a yield, at just over 3 per cent, far better than leaving the money in the Japan Post Bank.

About 10 percent of each Japan Post company’s shares were sold to the public, raising about 1.4 trillion yen, in the largest privatisation of a Japanese state-owned firm since that of Nippon Telegraph and Telephone Corp in 1987.

One of the company’s greatest advantages is its nationwide network of 240,000 Full-time staff work for Japan Post, another 150,000 part-time.

RBI may cut interest rates before next policy review

The Indian markets are likely to cheer the US Federal Reserve’s decision to hold rates at zero for more time. The benchmark Sensex could open gap up however the gains could be capped as the stock markets had largely priced in for a status quo by the US central bank. 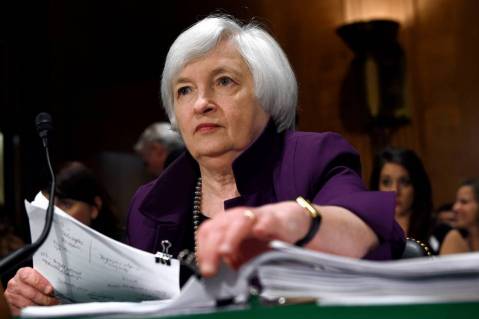 Equity markets had assigned just 32 per cent probability for the first interest rate increase rise since 2006 by the Federal Reserve. And could have seen a drop had the Fed hiked interest rates, which could have sparked capital outflows from emerging markets like India into the developed markets

Market players believe that the Fed will wait until December to raise rates. Interest rates in the US have been near-zero since the 2008 global financial crisis. The low rates or easy money has seen riskier markets rally over the last few years

Japan shares have had a steady run since October. Support has come from buying by the government’s huge pension fund, a weaker Japanese yen and buying by foreigners.
Local investors are also more interested in equities as Japanese bonds are returning low yields.

The BoJ is buying government debt at an annual pace of about Y80tn, suppressing yields and thus encouraging funds to move into riskier assets like shares.

Japanese shares — exporters, in particular — have been buoyed by the weakening yen, which earlier this month fell to its lowest against the US dollar in 13 years amid the Bank of Japan’s quantitative easing programme.